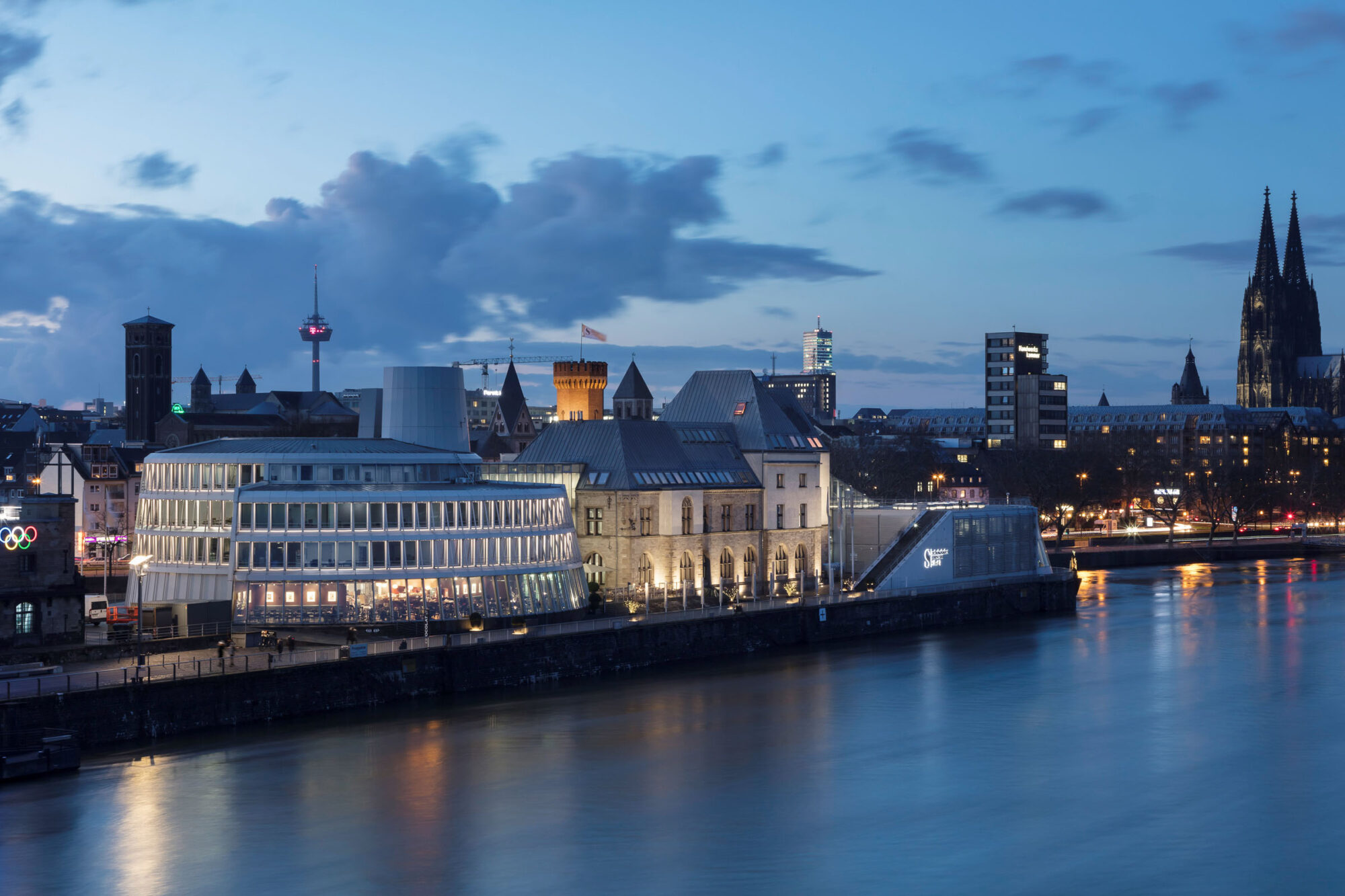 Dr. Imhoff was able to secure the former customs office at the top of the Rheinauhafen harbour as the location, an imposing piece of land that is important in terms of urban development.

The Chocolate Museum was thus the first new building at Rheinauhafen and the initial spark for the restructuring of the entire harbour area, which continues to this day and involves many renowned architects.

The existing building of the old customs yard had to be integrated into the design and at the same time accentuated by modern new buildings.

The new buildings are designed to reflect individual museum areas and process sections to the outside. This was achieved primarily through the large-scale glass façades, which provide views, but also from almost all levels of the building, of the Cologne skyline with the cathedral and the shipping traffic passing directly by the museum.

In contrast to the massive impression of the customs house, which is built of bricks, light materials such as aluminium and glass were chosen for the new buildings.

Thus, the new and old buildings contrast in terms of materiality and form. On the one hand, solid masonry, straight, strong lines, on the other, light glass and aluminium constructions as well as soft, curved shapes.

The spiral-shaped, extensively glazed part of the building houses the main entrance, the restaurant and the administrative offices.

The so-called jungle is integrated into the old building. Real cacao plants grow in a glass cube with a point-fixed glass façade in the tropical house. This jungle can be entered through climate airlocks.

All three buildings are connected on the inside and are accessed via ramps and large spiral staircases.