The investor for what will be Kiev’s tallest building is the Mirax Group, one of Russia’s most important real estate investors, internationally active and responsible, among other things, for one of Europe’s tallest buildings, the Federation Tower in Moscow.

The investor specifically looked for a western architect, not only to take full advantage of the high reputation of German engineering services in the CIS, but also to stand out in the architectural language.

The two skyscrapers with their 46 floors 192 m high are located in an inner-city location in a valley depression. In addition to the predominant office use, there will be a 5-storey shopping mall with sports facilities, swimming pool and restaurants as well as 6 underground parking levels. This shopping mall is located between the two towers and connects them.

The top floors of the two towers, 9 and 11 respectively, will feature luxury flats with roof terraces of the highest quality and design.

The office space is planned according to western standards (Class A offices); there will be open-plan offices, open-space offices, individual and cubicle offices as well as spacious conference areas.

The towers, which are oriented in different cardinal directions, each have the basic shape of two circular segments offset against each other and grouped around a lift and access core. The curved figure is not only achieved horizontally, but also vertically with the same dynamics through staggering and façade curves. Both towers are accessed via a spacious, partly 2-storey, 12 m high entrance area (atrium). From here you can reach the lifts and the escalators on level 2.

The interior access core with staircases and lifts is pressure-ventilated and forms a slot between the two circular segments, which also functions as a visual axis and allows views in and out across the building. There are eight lift shafts in the development core, some of which are equipped as twin lifts. In addition, there will be two VIP lifts that exclusively access certain floors, and two firemen’s lifts.

The element facade of the high-rise buildings is predominantly made of glass, a circumstance that is very unusual for architecture in Kiev. Helipads are located on the roofs of both towers.

The shopping mall has a gross floor area of approx. 18,000 m² with shops, restaurants and leisure/sports facilities. From the glass floors of the restaurants, you have a direct view of the historic church building opposite.

The six storeys of parking are built into the slope of the valley opposite the shopping mall. Particularly noteworthy are the panorama lifts, which act as through-loaders, connecting the shopping mall directly to the parking levels. Great importance is attached to direct connections in the form of light guidance systems, i.e. illuminated ceilings and glazed access areas from the parking to the shopping area. 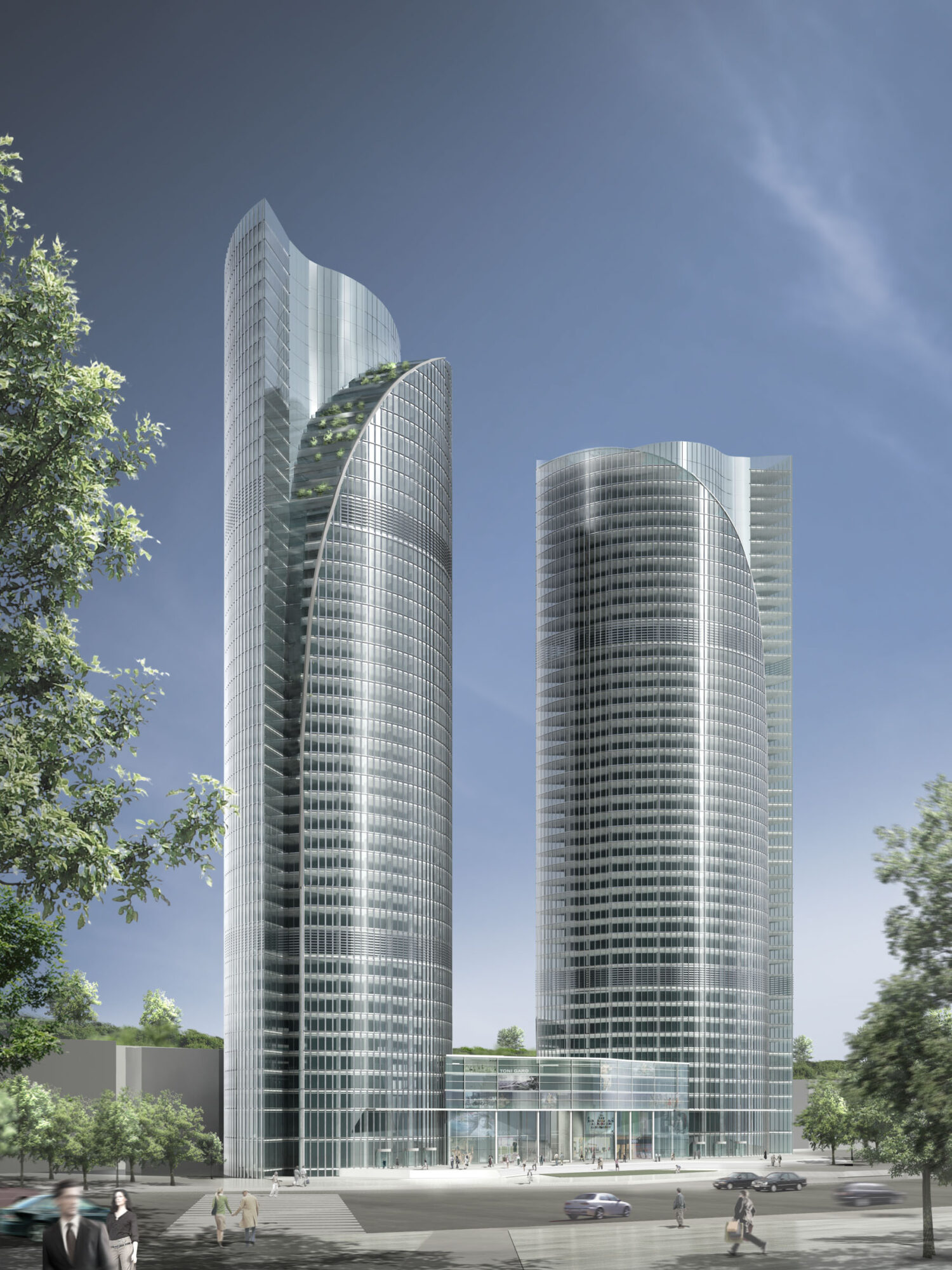 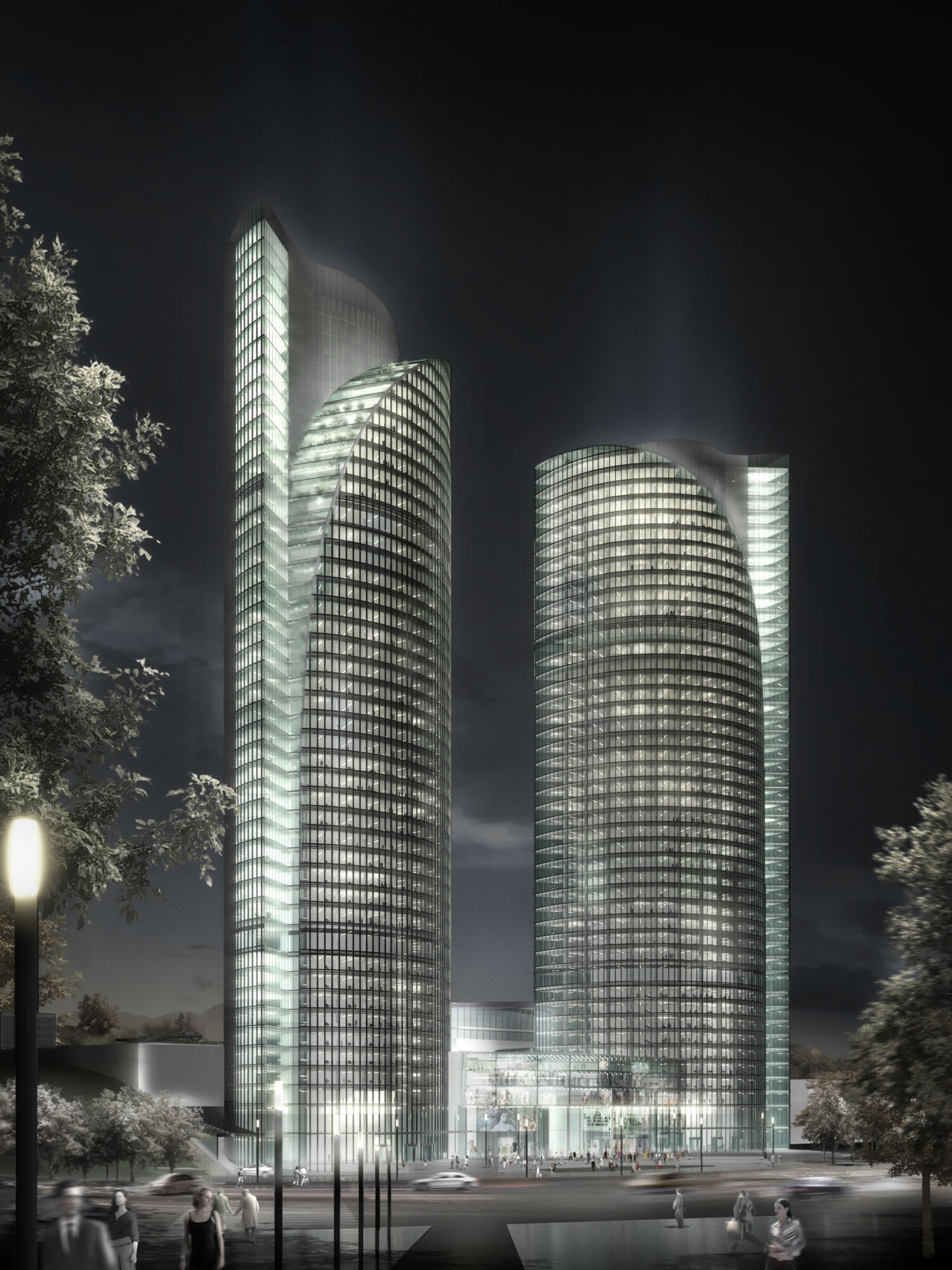