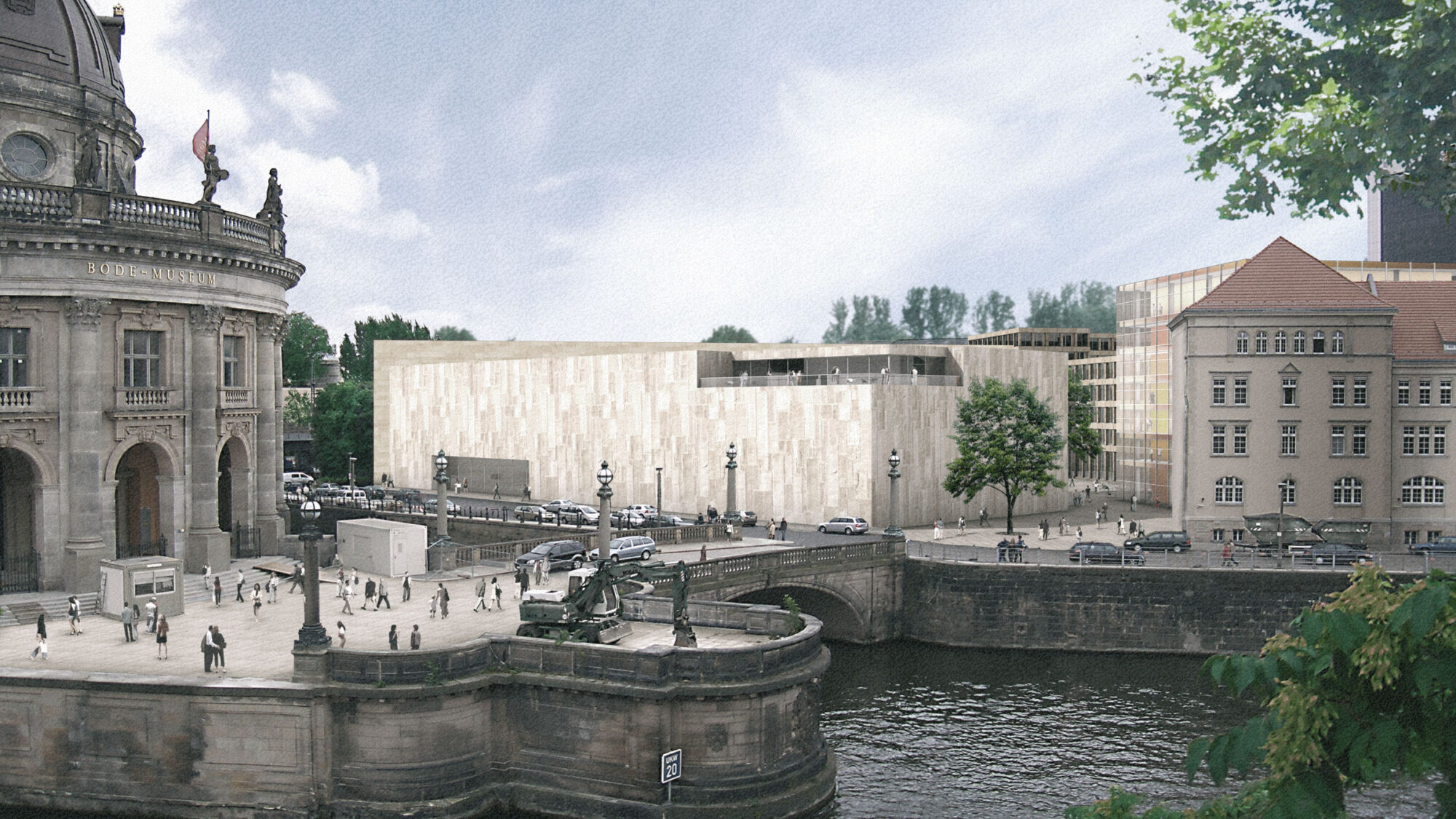 The ideas competition aimed to develop an urban development framework plan for the “Museumshöfe” in Berlin and its integration into the urban environment; in particular the references to the neighbouring Museum Island. The planning task was the construction of a new scientific competence centre for the National Museums in Berlin.

The urban figure of the classic Berlin block development is taken up and only broken up in a few, striking places. The resulting narrow passages open up the site to a new centre around which the future functional areas will be grouped in the long term, densifying the block inwards without cutting it up.

Each of the resulting areas is given its own identity and establishes the idea of the museum courtyards. At the same time, a direct connection and opening to the Museum Island and Monbijou Bridge will be created, as well as a passage to the adjacent S-Bahn arches to the south.

In the first planning step, the development along Geschwister-Scholl-Strasse will be extended by a parallel new development behind it, which will accommodate the scientific competence centre without, however, losing the scale of the existing building.

Both grow together into a self-sufficient unit arranged around an inner sculpture garden. In the northern area, a cubic structure is available for corresponding special uses of the competence centre, which already has a signal effect and orientation towards the Museum Island behind the existing Friedrich Engels Barracks.

The functionally necessary connection to these museums is thus also made possible spatially, via short routes from the central square to the Monbijou Bridge.

The main entrance to the Competence Centre is from the south, via an access courtyard open to Geschwister-Scholl-Strasse, which in the next stage, after the removal of the sampling hall and parts of the Museum Island construction site facilities, can also be used for an extension adjoining on two sides to the south. This site also facilitates a connection to the local transport network (Friedrichstrasse station).

To the east of the new block centre, a larger exhibition area is proposed, which could include the originally envisaged extension of the Museum Island. Up to 20,000 sqm2 additional space can be provided here – directly adjacent to the Museum Island. The access is staged from the central courtyard via a rising staircase and forecourt. The museum shop and museum café also offer open spaces facing the central courtyard and further enliven the square.

The existing trees were integrated into the planning and set further accents.

The exhibition building itself appears sculptural through the use of natural stone and contrasts the Bodemuseum with a homogeneous, monolithic-looking façade that approximates in colour. At the same time, the façades, which tend to be closed due to the use, shield the competence centre and the new centre from the noisy S-Bahn.

Delivery can be made via the southern spur road, which already supplies the existing commercial units under the S-Bahn arches.

In the south of the central courtyard, the passageway opens up to the expansion areas planned for the long term, which will be available once the Museum Island construction site facility is no longer needed. This also creates a counterpart to the new Grimm Centre, which takes up its building height.

An underground car park for the necessary parking spaces will already be built in the first construction phase, which can be completed in the course of the expansion, depending on demand.

Message from the Federal Office for Building and Regional Planning