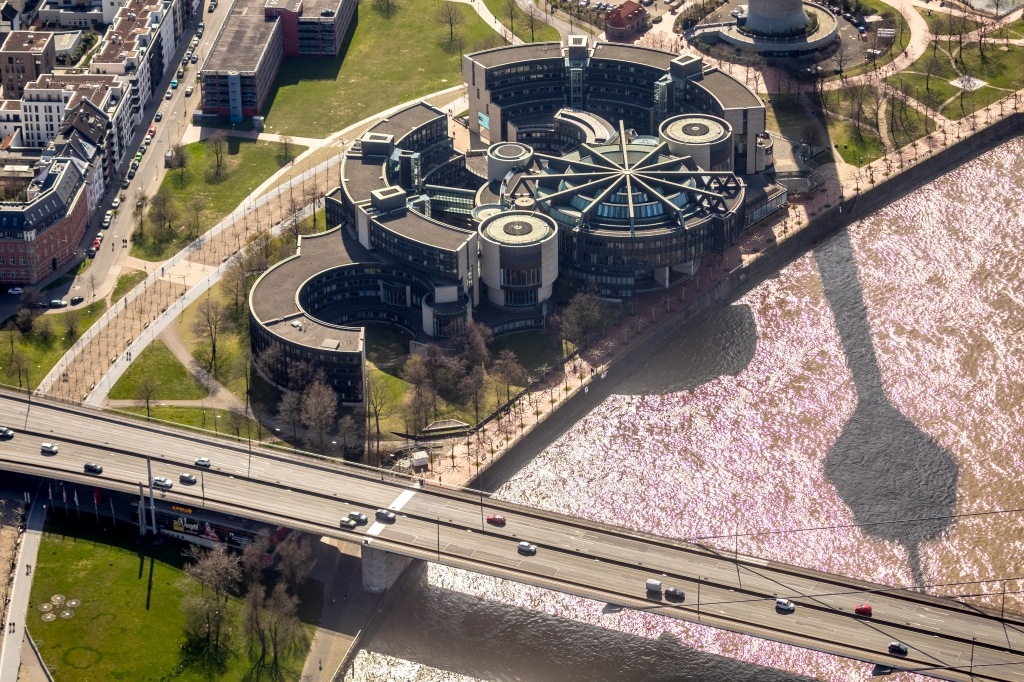 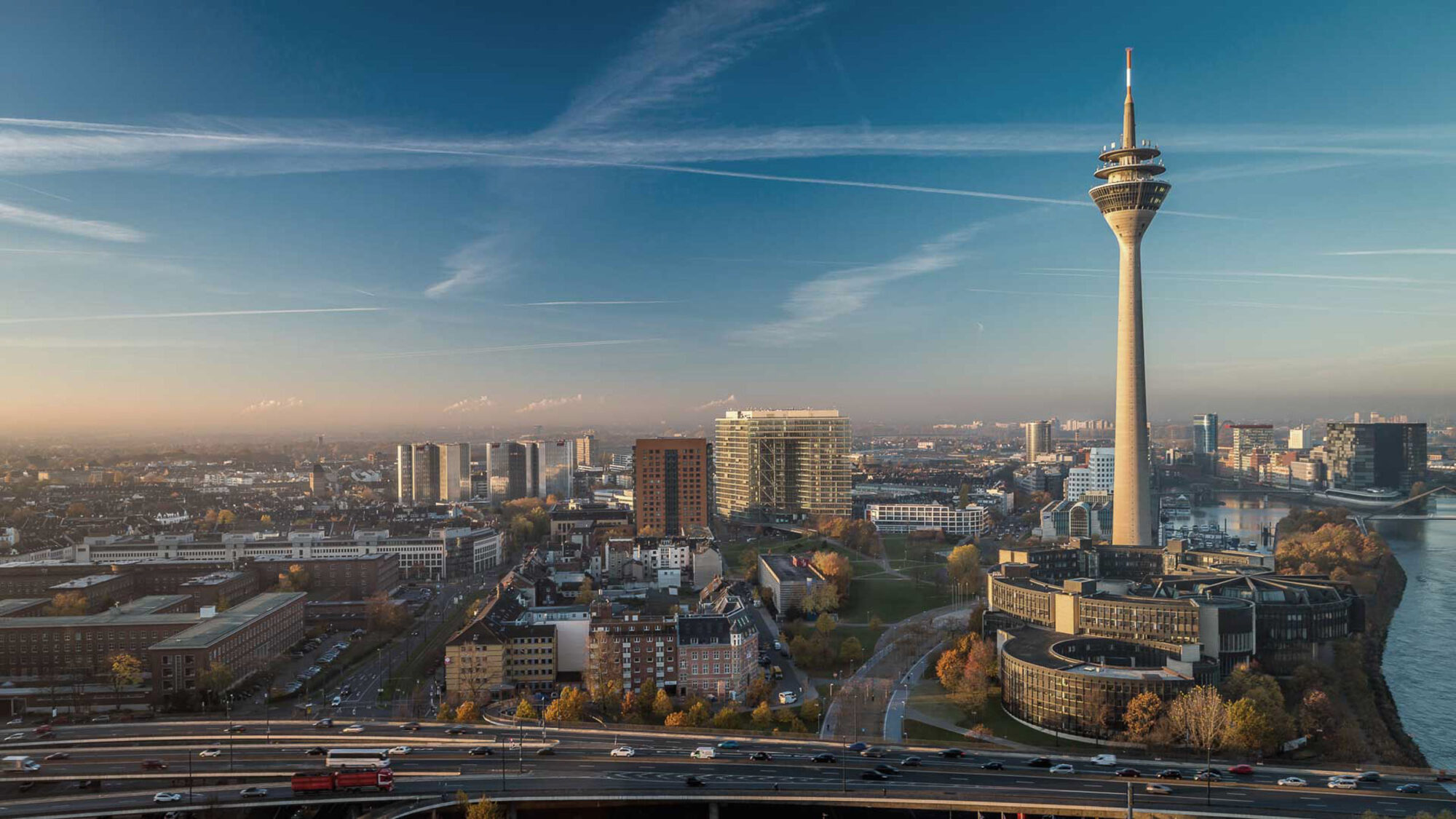 The Landtag building has two fronts: The front facing the Rhine is defined by the plenary hall, which cantilevers out into the river supported by narrow masonry stilts and corresponds with the Rhine bend running here. The city front is dominated by the mighty cantilevered parliamentary wings. These are further elevated by some flat stairs as well as the slightly ascending terrain. The wings are terraced inwards and lead over to the entrance area.

All fronts of the building are clad in copper and divided in a conventional-modern way by horizontal window bands, which are divided into squares by vertical elements. Supporting pillars as well as the cut-outs of the circle segments are clad in yellow Elbe sandstone.

The ground plan of the 195 m long and 105 m wide building is determined by the figure of the circle. The centre of the complex is the circular plenary hall, which is covered by a mighty steel construction in the shape of a star. The satellites are connected to the likewise round meeting rooms of the individual parliamentary groups. In between, visitor lifts, staircases for members of parliament and committee rooms are set in further circles. The plenary hall is counterbalanced by an entrance plaza that opens up as a three-quarter circle to the city side.

In terms of urban planning, the Landtag corresponds both with the Rhine and the surrounding park and with the towering Rhine Tower, to which the building responds with its expanse, as well as with the line of the Rheinknie Bridge, which is set against the circular shape.

The Landtag NRW was completed in 1988 and has now, after more than 20 years, been refurbished, extended and modernised according to the latest state of the art and taking into account high demands of today’s energy requirements.
The plenary hall is now ultra-modern and barrier-free, with a high level of comfort for an optimal working climate in terms of air supply, air conditioning, use of daylight, noise levels, lighting, energy consumption and ergonomics. The hall can now also be used flexibly for other events (lectures, concerts) and respond to changing caucus sizes. The refurbishment took place within a very tight time frame during ongoing operations.

2008-2012 Renovation and modernisation of the plenary hall